You never have to feel hopeless again

You Are Currently Here:Home > Podcast > You never have to feel hopeless again

‘A man devoid of hope and conscious of being so has ceased to belong to the future.’ Albert Camus

In the midst of the Great Depression, JC Penney, the great American industrialist sank into a personal depression of his own. He was in his fifties by this time and had already built an empire of dry goods stores. However, when the economy nosedived he lost everything, including his health. In his own words: “I was at the end of my rope. My business had crumbled, my communications with colleagues had faltered, and even my wife and our children were estranged from me. It was all my fault.”

He was even contemplating suicide. A friend of his convinced him to enter a sanitarium in Battle Creek, Michigan. One morning while there he woke up early and was wandering the corridors when he heard an old hymn from his childhood.

“Be not dismayed whate’er betide,

God will take care of you.

All you need He will provide

God will take care of you.”

Following the sound, he stumbled upon a chapel where someone then read the Scripture passage: “Come unto Me all you that are heavy laden, and I will give you rest.” (Matthew 11:28)

That experience marked the beginning of a turnaround in his fortunes. In the ensuing years he made and gave away millions of dollars. And he died at the ripe old age of 95. Today JC Penney, the store that still bears his name, is in 1060 locations, employs 105,000 people, and in 2015 had revenues of over US$12,6 billion. (Quoted from The Spiritual Journey of J.C. Penney by Dr Orlando L. Tibbetts)

I don’t know what it is in your own life that may be causing you to feel hopeless. But I do urge you to rest in the same timeless truth that JC Penney discovered – God knows how to take care of His own. And if you trust in Him, your latter days will be even greater than those that went before, no matter how great they may have been. I hear the prophetic voice of Zechariah, reaching into our present day from his post Babylonian exile world, and pointing us to the reality of God’s promises for every hopeless situation:

“Return to the stronghold, you prisoners of hope. Even today I declare that I will restore double to you.” (Zechariah 9:12)

You never have to be hopeless again! Rest in Him.

Taking Your Destiny into Your Own Hands

Help us fulfill our main goal, to enable and empower people to understand their purpose and to fulfil it! 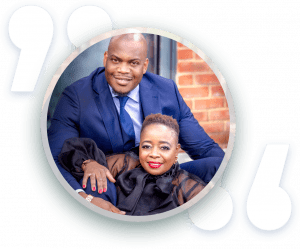 Jaimie and Sarah have been married for 27 years and they have four children. They make their home in Buckinghamshire. They can be contacted at jaimie@mydestinyinc.org
sarah@mydestinyinc.org

Our objective is to inspire you to look beyond just the mundane and routine, and ignite in you a real passion for life, driven by harnessing your unique gifts and talents and helping you to make a real mark on your generation.

Our objective is to inspire you to look beyond just the mundane and routine, and ignite in you a real passion for life, driven by harnessing your unique gifts and talents and helping you to make a real mark on your generation.